The water supply for the wider Papamoa region is situated in the hills at the end of the Poplar Lane, Papamoa. The access to the reservoir was in need of an upgrade to maintain safe access at all times. Due to the steep terrain and the existing access being very narrow a significant retaining wall was required.

AECOM designed an anchored, steel UC pile wall using timber as the lagging between the posts and a Platipus Anchor detailed between each post to give the wall the support required. A bespoke steel waler was used to transfer the load onto the steel posts and allow for the 10 degree incline of the anchors. Geotech investigations were completed and confirmed the anchors would be installed into a silty clay soil, this information was used to calculate the Anchor size required resulting in the Platipus B10 Anchor being selected to provide the required design loads.

HEB installed and tested 30 x Platipus B10 Anchors and 3 x Platipus B6 anchors using an excavator mounted hammer and the required hire gear from Cirtex to install and test the anchors. The Platipus Anchors were installed at a 10-degree incline to a depth of 10m and were required to meet a 38kN working load and 96kN seismic loads. To meet the requirements of the design, creep testing was completed on 3 anchors with the balance of the anchors all being testing to the required proof loads so that every anchor installed on the site was tested.

At one end of the retaining wall, harder than expected ground conditions were encountered after consultation with Cirtex the use of B6 Anchors was selected for this end of the works, this allowed the anchors to be installed easier and the required loads still to be achieved. 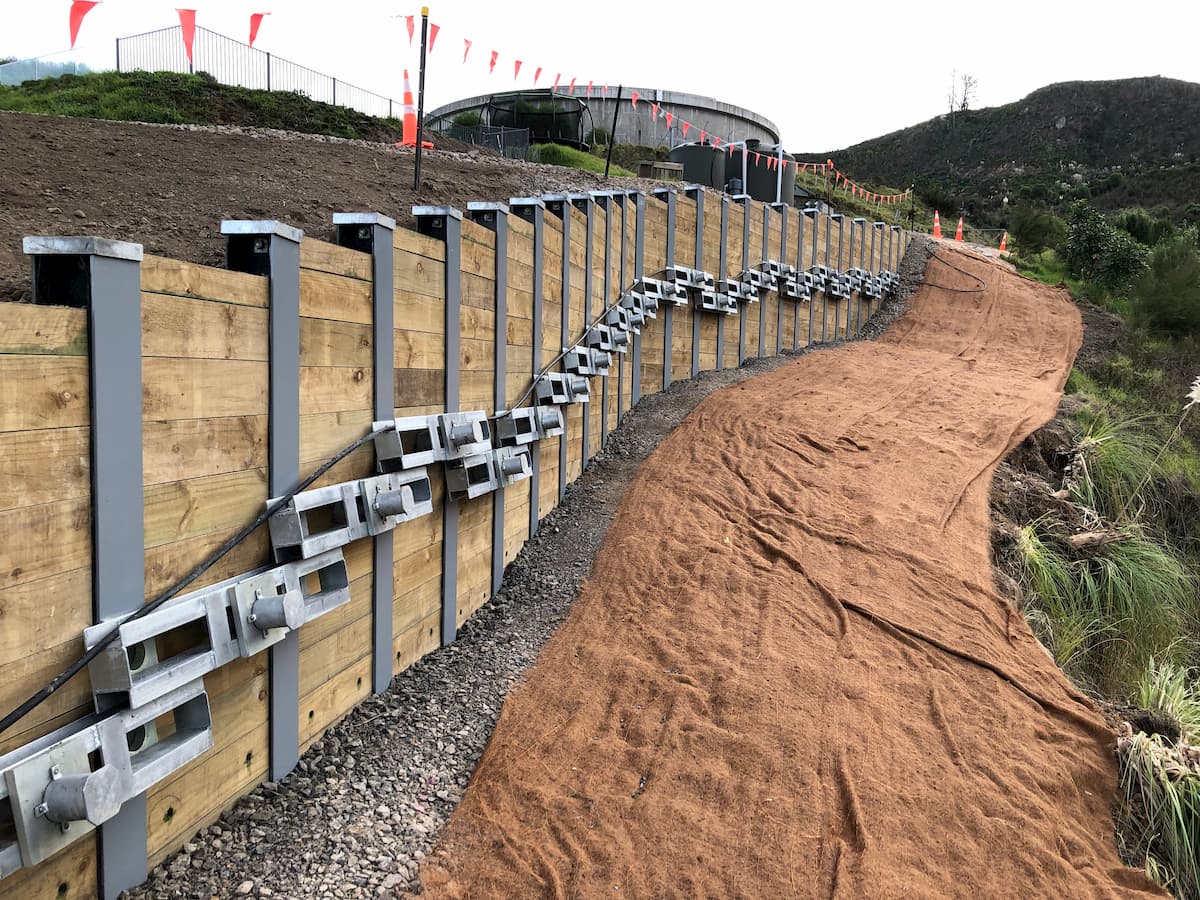 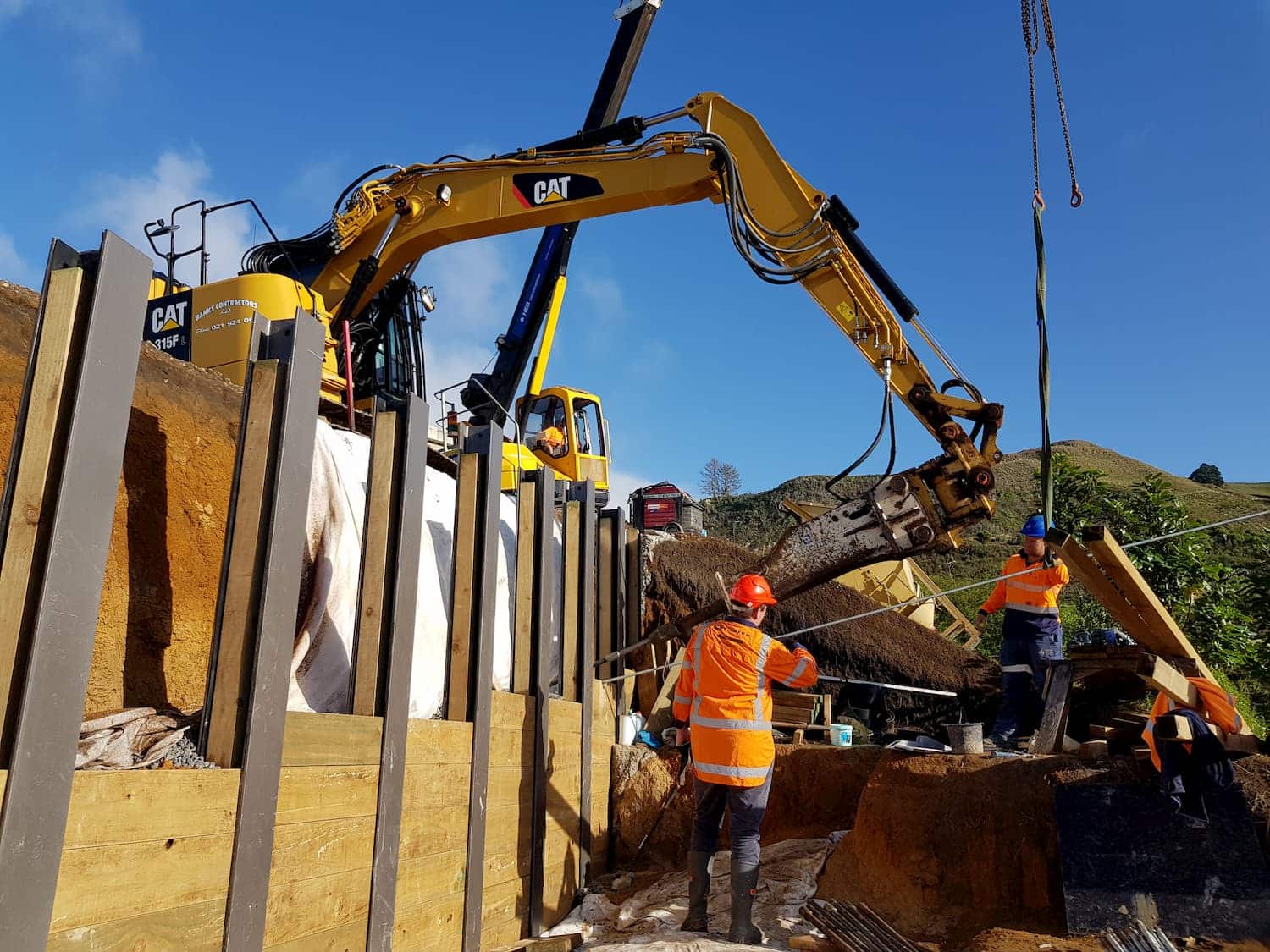 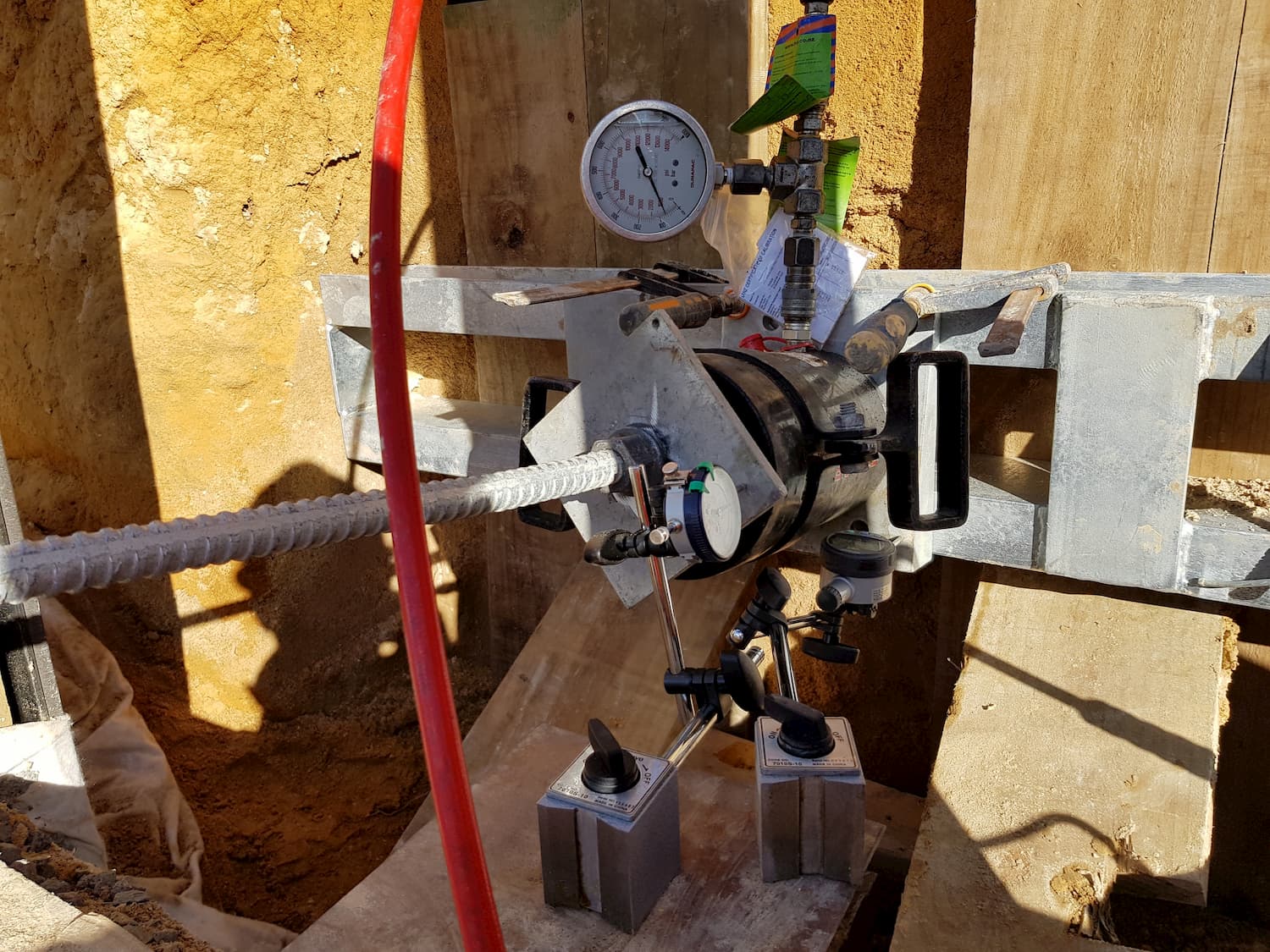 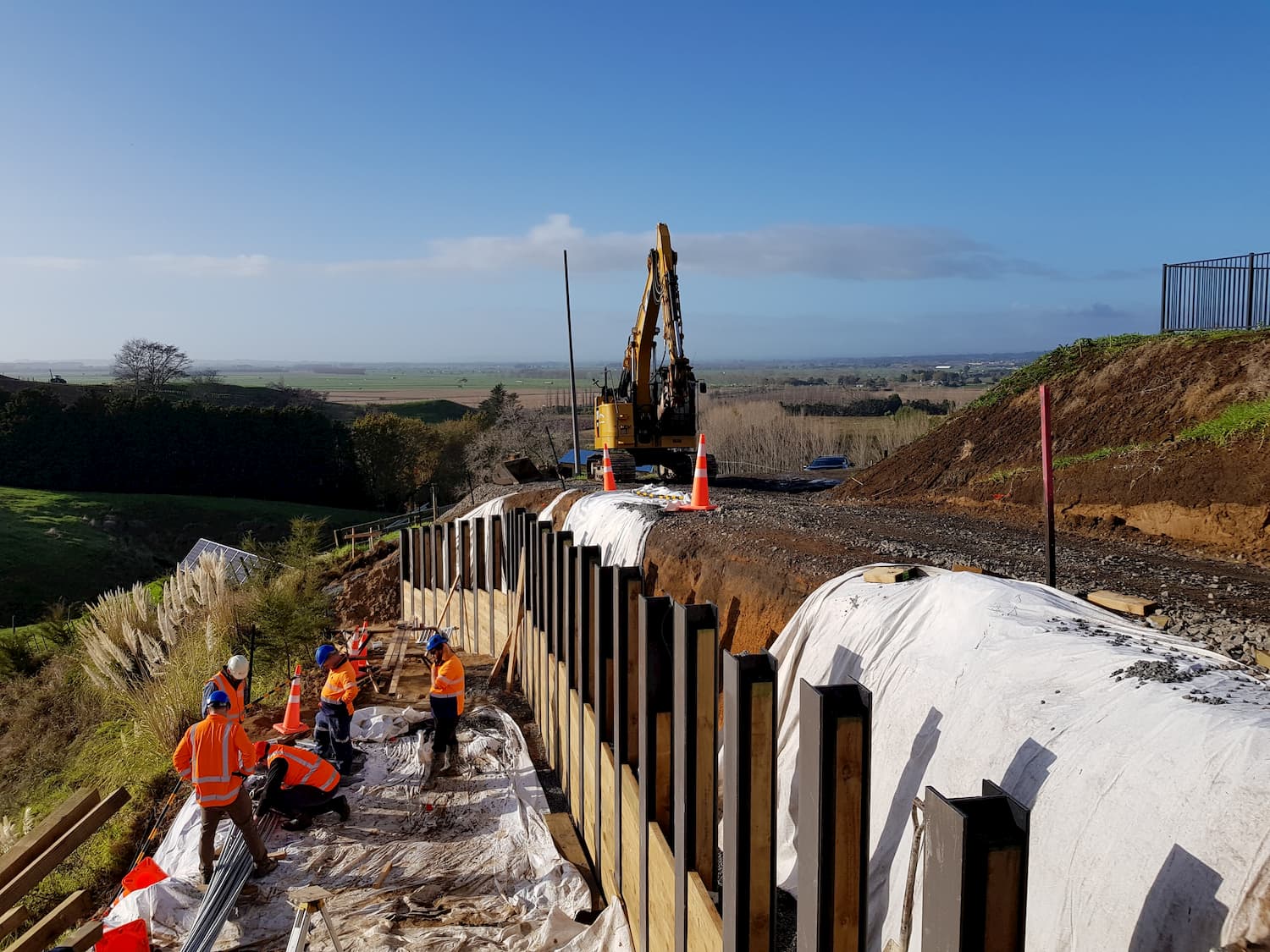